I've created another benchmark. This time, I've benchmarked the different ways of synchronizing a little code using mutual exclusion on this code.

The code to protect will be very simple. It's a simple counter :

I've also used a third way to solve the problem with AtomicInteger. This is not the same as the other ways because it does not provide mutual exclusion but this is a good way to synchronize simple values, like integers or boolean, but also references. The atomicity of the operations of the AtomicInteger is made using the compare-and-swap operation of the operating system. So there is no waiting operations. So there is less context switches and result in more performing code normally.

Here is the code of these 4 ways to solve the problems :

I used Runnable to facilitate the testing and timing of the different mechanisms.

The test is made in two phases :

The source code is available at the end of the post.

So let's see the results. First with one thread : 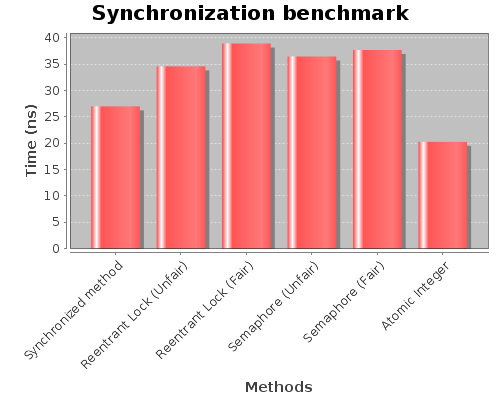 The first thing we see is that the AtomicInteger is the fastest version. This is because AtomicInteger do not use waiting operation, so this result in less context switches and more performances. But this is not exactly the case of the benchmark, so let's concentrate on the 5 others methods. We see that the synchronized method is the fastest and that fair methods are a little slower than unfair, but not a lot.

Now, we'll test the scalability of all these methods using several threads. 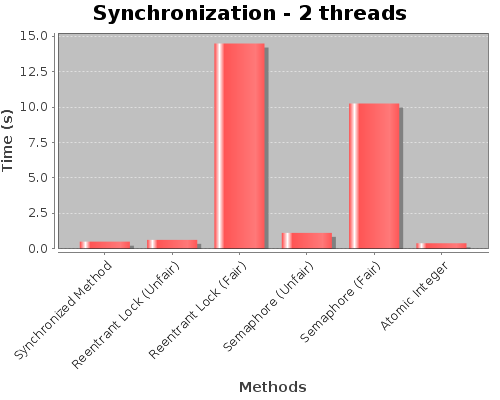 This method we can see that the fair methods are awfully slow compared to the the unfair versions. Indeed adding fairness to a synchronizer is really heavy. When fair, the threads acquire the locks in the order they ask for. With nonfair locks, barging is allowed. So when a thread try to acquire the lock and its available, it can acquire it even if there is threads waiing for the lock. It's heavier to provide fairness because there is a lot more context switches. The problem was not here with only one thread because it's always fair.

The results for the other versions are the same as with one thread. 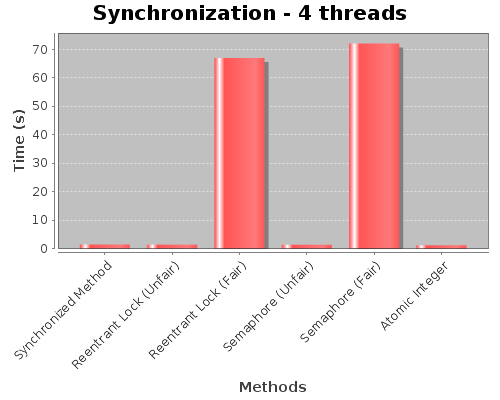 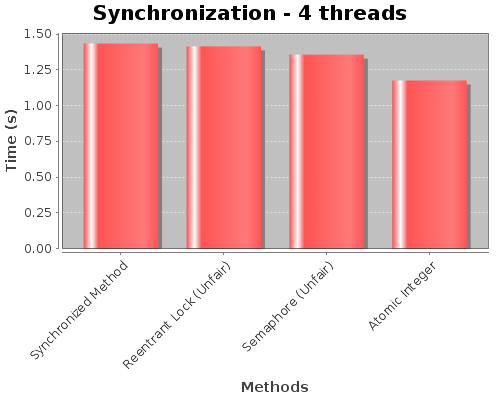 This time we can see some differences. The synchronized method is the slower this time and semaphore has a little advantage. Let's see with 8 threads : 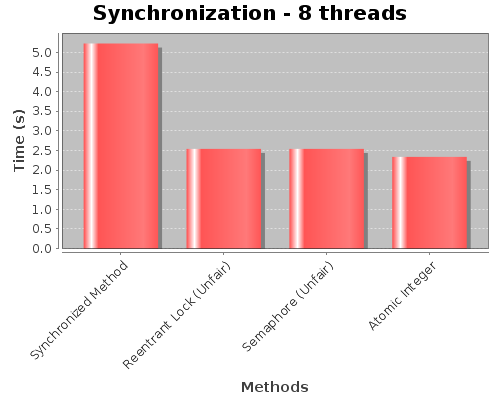 Here the synchronized method is really slower than the other methods. It appears that the algorithm of the synchronized block is less scalable than the explicit locks and semaphore versions. Let's watch what happens with other number of threads : 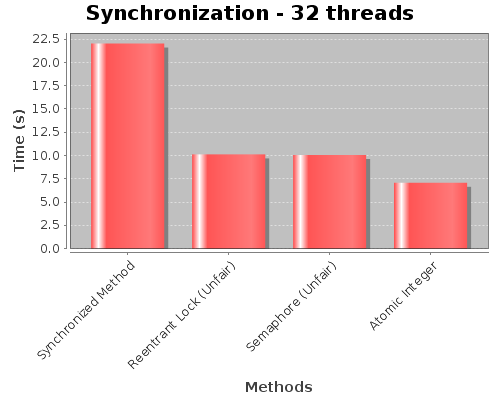 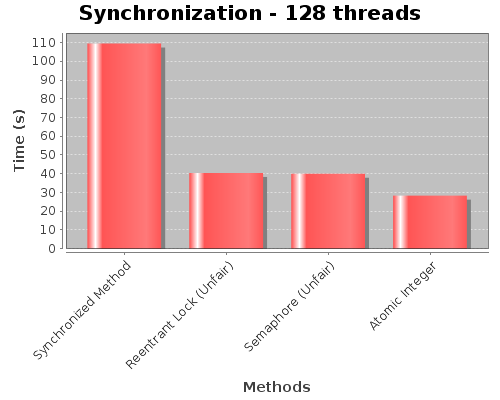 We can made several conclusions based on the results :

So that's all for this benchmark. I hope you found it interesting.

The sources of the benchmark : Synchronization Benchmark Sources